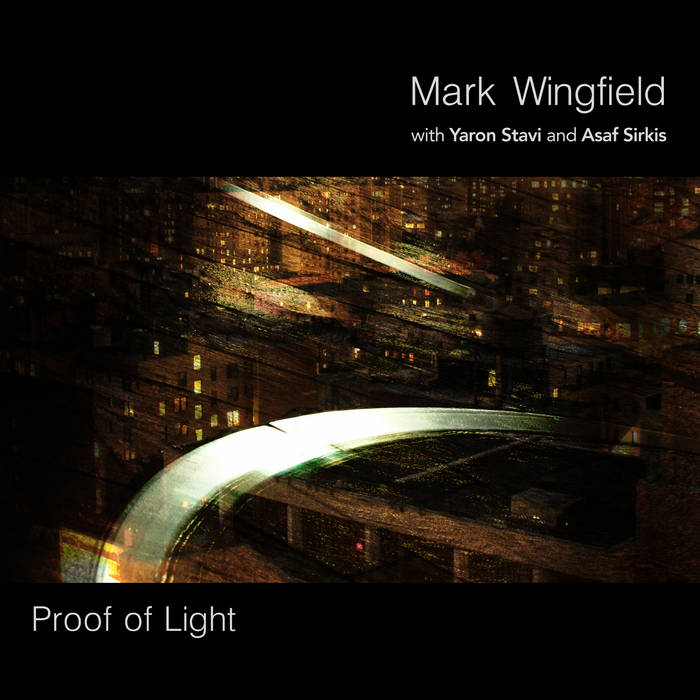 Peter Jones Every track is a stunning expression of creativity. Voltaic just (*cough*) sparked something extra...

It's not often an album is released that is so daring in its approach and revolutionary in its delivery that it actually changes one's perspective of how music can be expressed and expands their vision of a genre. It is the great privilege and honor for MoonJune Records to present just such an album, with the MJR debut of the otherworldly guitar stylings of critically-acclaimed guitarist, Mark Wingfield, on his transcendent new album, "Proof of Light."

From the album's opening chords, it is immediately apparent that this is a very special outing. This trio -- featuring the dynamic Vituos/Weber-esque upright bass work of the incomparable Yaron Stavi (Robert Wyatt; Phil Manzanera; David Gilmour; Richard Galliano), and his acute, intuitive counterpart, seasoned master drummer, Asaf Sirkis (John Abercrombie; Larry Coryell; Gilad Atzmon; Tim Garland; Jeff Berlin; Nicolas Meier) -- possess a chemistry of the most perspicacious and unpretentious variety. The music is enticing and ethereal -- with Wingfield's articulate vocabulary and unique vision for his instrument clearly in evidence, singing high above the palatial profferings of fellow messengers, Stavi and Sirkis. This is supreme melodic "avant jazz", where any lines separating music and art vanish, as three extraordinary oracles bare their souls, follow their instincts and squeeze out every ounce of emotion and grandeur from the album's nine glistening tracks.

Throughout "Proof of Light" the listener is enveloped and transported, soaring along with the music as it seeks out new, previously-untrodden sonic destinations. Mark Wingfield has crafted an exquisite masterwork: majestic, and in many ways reminiscent of ECM's golden years! It is an album of exceeding faculty, whose strength lies in the bold, pioneering approach of its participants and their unwavering trust in their own individual and corporate intuitions. This is gloriously sensitive, nuanced trio work, with a preeminent level of musical communication that borders on the telepathic.

Kari Faux drops off her deluxe album 'Lowkey Superstar' plus tunes by Shunaji and Samplelov.