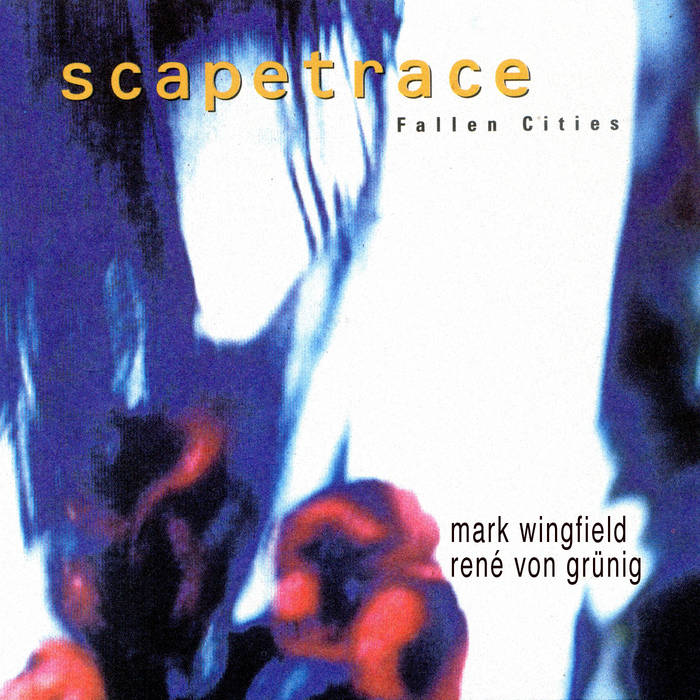 Contemporary jazz that is full of atmospheres and travels to different places. Mark Wingfield composed and produced this album with keyboardist René von Grünig. They are joined by Lebanese singer Samia Afra, Saxophonist Roland Phillipp and Christoph Leistner on trumpet and fluegel horn.

"the six string winged, improvising Shaman...The word "Wow!" is spoken there in every tongue." Billy Sheppard, Music That Matters

"There are so many electric guitar virtuoso albums ...it's so easy to overlook some of the better of these ...Mark Wingfield is a case in point..." - Guitar Techniques

“I was lucky enough to see...pieces written by jazz guitarist Mark Wingfield that almost moved me to tears.” - BBC Online

"Contemporary jazz doesn't get any better than this." - Fretwired

“Simply one of the best guitarists I’ve ever heard in my long career, essential listening” - Richard Newman (Producer and presenter of Ch4 TV guitar documentary, author of numerous books on rock music).


“One of today’s most creative transatlantic musical voices” - BMIC

“One of the UK’s best new composers” - SPNM