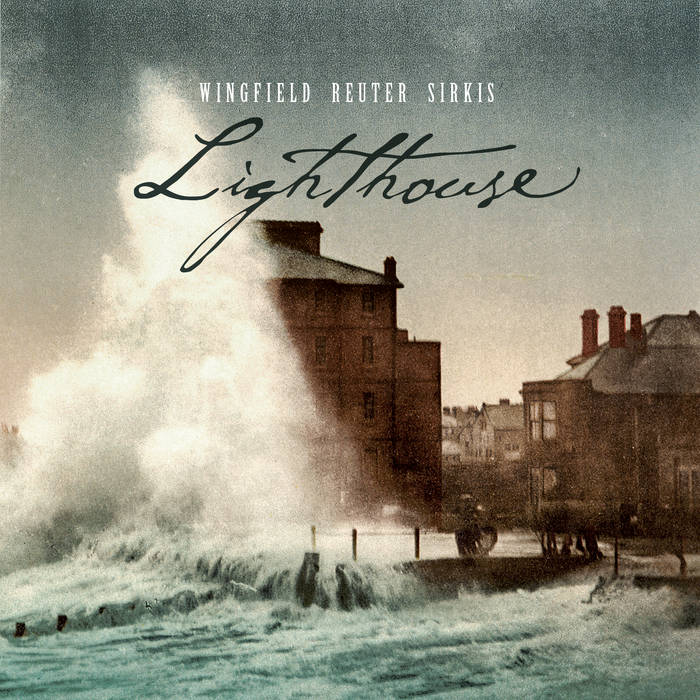 Peter Jones I cannot fail to mention Asaf Sirkis. Without him, I wouldn't be listening to this. And the drumming - intense, driven, utterly in the moment. As are Wingfield and Reuter. It could be overwhelming - it certainly moves you. Favorite track: Zinc.

Josh Donald A fantastic tour de improv!! This release is phenomenal. Improv at its finest. Technical ability off the charts!!!!

Mike Shockley The work is a tour de force. The chemistry is inspiring. The skill with which the instruments are wielded is mind numbing. "Surge" brought me to the point of spontaneous applause and joyful laughter. Thank you gentlemen! Favorite track: Zinc.

It’s rare that an album emerges as something entirely new; so different that there aren't any genre or sub-genre categories into which it comfortably fits. Like its critically acclaimed, similarly forward-reaching and all-improvised sister The Stone House - released first but actually recorded second during a marathon six-day 2016 series of sessions that will ultimately yield more than the three albums initially planned - Lighthouse is an even more tumultuous, texture-driven and, perhaps, overtly daring ride than the undeniably audacious The Stone House.

Lighthouse, featuring guitarist Mark Wingfield, touch guitarist Markus Reuter and drummer Asaf Sirkis, represents a true paradigm shift in what improvised music can be. This isn’t jazz, though its improvisational spontaneity suggests at least a tenuous link. It isn’t rock - or, more appropriately, progressive rock - though it certainly is, by definition, progressive in its futuristic stance. Nor is it free improv, despite its overall lack of planning. Instead, the bold and utterly fresh Lighthouse represents nothing less than a brand new methodology and a completely unheard-of way of doing things, its sense of progression and imagination miraculously drawn from the ether, with no clear precedent or preconception.

Mark Wingfield's 2015 MoonJune album Proof of Light (also featuring Sirkis and The Stone House bassist, Yaron Stavi) was a career-definer and instrument gamer-changer for the American-born British guitarist, whose reach ranges from jazz to rock to classical music and beyond, and with a C.V. that features work with improvisers ranging from fellow-Brit Iain Ballamy and Indonesia's Dwiki Dharmawan to Norway's Thomas Strønen, as well as tenure in ResRocket, which includes collaboration of big names such as Peter Gabriel, Tricky, Todd Rundgren and Dave Stewart.

The multidisciplinary Markus Reuter - musician, composer, record producer and instrument designer - has become, after early years garnering exposure as a solo artist and with groups including Centrozoon and Tuner, to more popular acclaim and high demand as a member of Stick Men (featuring King Crimson's Tony Levin and Pat Mastelotto) and The Crimson ProjeKct (Stick Men, joined together with Crimson alum Adrian Belew's Power Trio with Julie Slick and Tobias Ralph).

Individually and, now, together as Wingfield Reuter Sirkis, these three imaginative musicians continue to expand the potential of their respective instruments … and, with the exhilarating Lighthouse, developed a new vernacular for 21st century improvisation.

This album was recorded, mixed and mastered in HD.
24bit and 88.2khz.

Recorded live in the studio with no overdubs and minimal editing. The music on this album was composed at the moment of playing with no music written down or rehearsed.